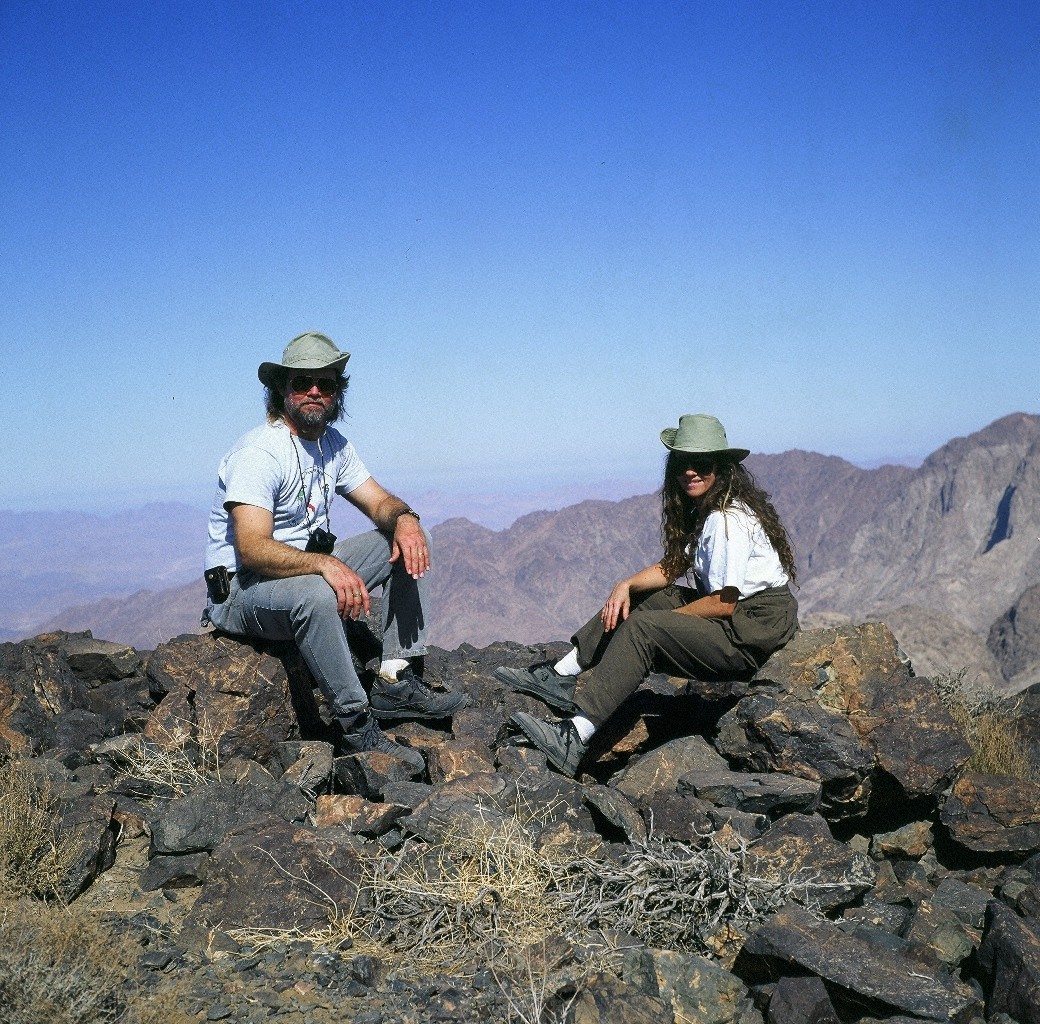 I will never forget the first time we made it up to the top of Jebel Maqla. (Mt. Sinai)  It was a phenomenal accomplishment for us in so many ways.  The view was amazing, and we could actually see all the way back to the Gulf of Aqaba and Egypt beyond.  Suddenly we could clearly picture the actual pathways up from the sea that were possible, which helped us greatly afterward in our efforts to explore various routings that could have been taken during the actual journey of the Israelites toward Mt. Sinai during the Exodus.

In recent months, we have been so blessed to have friends who have made the same climb. We shared with them our past excursions to aid in their efforts as they prepared for their own trek. Their journal report back to us of this hike is such a great testament to the awe and beauty of this very special mountain. We appreciate their willingness to share it all with us!  Below, you will find the personal account of their journey up to the top of Jebel Maqla.

We left our car about 6:20 am and started hiking. It was cool and a great temperature to hike in. Lite jackets, 4.5 liters of water and enough food for the day. There were three of us climbing and one friend had sensed that God wanted him to fast on the climb, so he did. He had done this kind of thing before and is a very strong climber.

The climb was 10.46 k [6.5 miles] from the route we took. On the way up we pushed up the wadi farther up than what Jim and Penny had suggested. There was a pretty good shepherd’s trail so we just stayed on it, knowing that pushing up the wadi farther meant more of a direct ascent. We finally did start the ascent, and still had to go more and more left once we were on the mountain to get to the top. Of course, there are many false summits as you climb, so we kept going over or around them.

It was very windy on the top; a storm was coming in from the Red Sea and north. When we were on top, the clouds were down near the Red Sea and low, below us. We had enough gear to stay somewhat warm, but did not linger long on the top. We all prayed, giving God the highest glory.

On the way down we were going to go more the route you had suggested up. A nice route as well. Over all there are a lot of routes up Maqla, just some are more of a direct ascent than others. Jebel al Lawz is much harder and takes more of a precise route.

We all three started down together and then one of our party started going down a little farther than the other two. So, we talked about meeting him over at the next ridge. But as he tried to get there, it was too hard and he headed down another way. So, we all did not know that everyone was ok until we made it back to the 4×4. So, a little nervous for a while. If you are climbing with others, stay together, it will save time, we went back up a little to try and find our friend and then thought he must be below us. He was.

The two of us lingered on the way down to take photos and the clouds were starting to pass over Jebel al Lawz, small ones but being pushed fast to the east.

By the time we got to the 4×4 the storm clouds were developing more and more, so we were very glad to not be on the top at that point. We did ask God to send His rains to bless the lands around His mountain. We did not get rain, but as we drove out of the area it was 0c and looked like rain and maybe snow for the peaks.